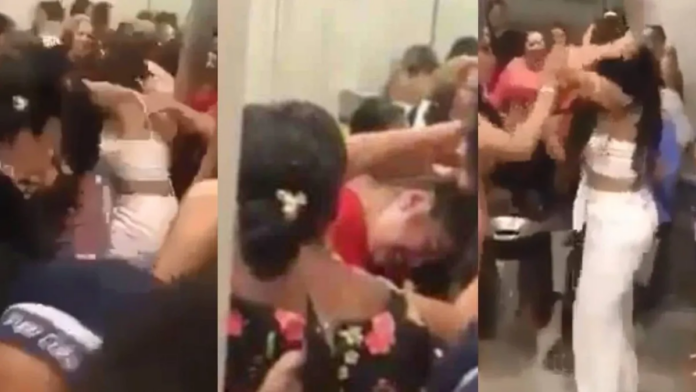 CAMPECHE, México.- No one expected that what seemed like an innocent exchange between employees of a Campeche company would turn into a pitched battle.

This after Roberto, head of the area in the organization, gave lingerie to one of his employees on December 6, according to the date the video was published on the networks.

However, the boss did not count on being asked to open the gift in front of everyone and apparently did not think that his wife would attend the event.

Roberto’s wife threw herself against the employee

Despite Roberto trying to convince his collaborator not to reveal what was inside the package, the woman gave in to the multiple shouts of “Open it, open it.”

And it was then that the surprise came for all those present since the woman ended up showing that the gift was a lace baby doll and a red thong.

Faced with this situation, the insults, blows and jerks of hair did not wait, as Roberto’s wife threw herself against the employee.

It was other employees of the company and waiters in the room who intervened to separate those involved in the incident.

For their part, as curious as it may seem, the municipal Public Security elements recommended that citizens not make this type of gifts to their co-workers.