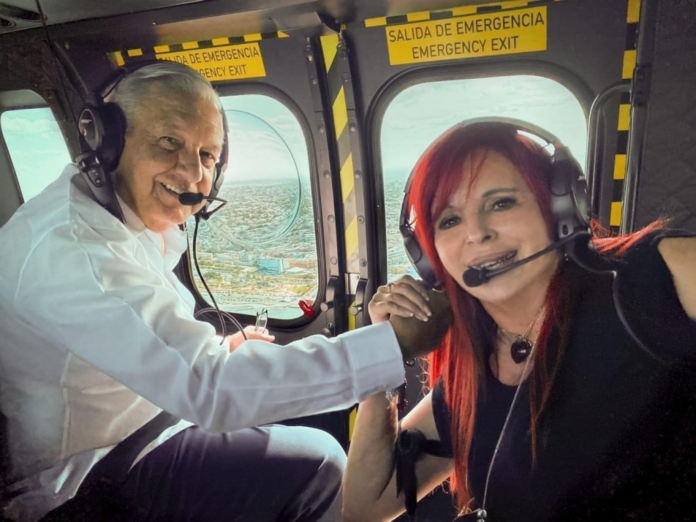 The health emergency due to Covid-19 continues to cause concern among the population, even as progress is made in the vaccination program in different sectors of the country. However, the current Morena governor of Campeche, Layda Sansores has given much to think about after her recent statements.

Through the program “Tuesday of the jaguar” transmitted by the government of Campeche, Layda Sansores invited the population to stop wearing face masks and not keep a healthy distance, this due to the fact that deaths from Covid-19 have dropped considerably in said sector, keeping the epidemiological traffic light green.

The governor of Campeche and Morena emphasized that the masks only serve to breathe our own bacteria and that those who want to remove them can do so, as this measure is now optional, she explained:

I was seeing here they still wear the mask. The mask is already optional. If you want, you can wear it, if not, no. So if they want to take it off here, take it off. We are already in green, I would also remove the healthy distance. I will consult it.

Layda Sansores added that the use of the mask is now optional and that she even puts it on sometimes just for simulation, she said:

There are some who take great care of themselves, that’s why sometimes I wear it like that, like a simulation.

They say that those (face masks) that are from 65, which are the best, only last eight hours and you should throw them away. And to see who throws it because they cost expensive rete, or to wash them. Let’s see who washes them because they don’t even know how to wash their panties

Finally, Governor Layda Sansores closed her emblematic speech by inviting the population to adapt again to the so-called normal life and consume healthy food, because according to the woman this is the correct way to take care of themselves