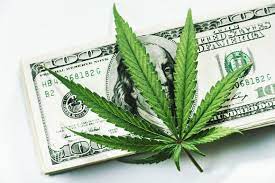 To believe that just by legalizing the plant and having the product in the stores will already be the boom is not understanding how the industry works, the startup explained.

Once again, the Law for the Regulation of Cannabis is in the sights of the Congress of the Union, because Ricardo Monreal Ávila, senator and president of the Political Coordination Board of the Upper House, said that said law is a priority for this session.

If the law is approved, the collection could amount to 18,705 million pesos (mp), according to estimates by the Center for Public Finance Studies (CEFP).

Given this, Alfredo Álvarez, founding partner of Canncura, commented that it is not only feasible to reach this collection goal, but that it can even be exceeded.

Although, he specified, that although it is a fact that the cannabis industry has the push of entrepreneurs and capital, it is also true that the market is “pulverized.”

So, to believe that just by legalizing the plant and having the product in stores will be the boom is not understanding how the industry works and not having paid attention to what happened in Latin America.

“It is not realistic to believe that in the following fiscal year you will reach that figure (18,705 million pesos) because the collection pressure is being placed on a nascent industry,” he commented in an interview with El Economista.

Likewise, the center considered as IEPS assumption about the sale of cannabis 160% of the value of an individual package of 28 grams, as well as a quota of 0.5 pesos per gram of cannabis (taking as reference the rate and quota established for cigarettes in article II of the IEPS Law).

Álvarez said that a very low IEPS must be started in order for the Mexican State to encourage the creation, generation or foreign investment of cannabis.

“As the purchase of the product is a delicate issue in the part of adult use. If you set a very high IEPS, you make the entire production chain more expensive from seed to packaging and selling. Why would people go to buy it at a dispensary, if they could get it on the black market? ”Alfredo Álvarez wondered.

Along these lines, the Tax Foundation, an American research center, revealed in a report that the tax burden must take into account that cannabis growers and retailers have to compete against the black market.

At the same time, the US organization recognizes that lawmakers may be tempted to try to maximize the plant’s revenue.

In this sense, he revealed that at the time they spoke with Senator Alejandro Armenta, president of the Finance and Public Credit Commission, about attracting consumers to legality so that they understand the disadvantages of buying the plant on the black market.

“That the user knows the different ways in which the product can be presented and what is the appropriate dosage for the purpose they are looking for and then they can think about raising the tax,” he said.

Lack of will on the part of legislators

Similarly, Hugo Álvarez, also a founding partner of Canncura, considered that legislators lack the will to approve the Law of Responsible Use of Marijuana.

“It is a matter of will because the information already has it, and for a long time, who must make the decisions,” he commented.

It should be remembered that since last year, the proposal advanced in the Senate and the Chamber of Deputies. However, since the spring, the discussion in the Upper House to approve the responsible use of cannabis has been stuck.

Given this, the Mexican company does not have the hope that the Congress of the Union will approve the law in this period of sessions and therefore Mexico will not be able to exploit the demand of the cannabis market.

In this sense, the country has at least two factors that play to the benefit of the market: the commercial relationship with the United States and Canada, as well as a large number of local consumers.

“From our point of view, it seems more like a political marketing trap (…) because there is no political time for the Chamber of Deputies to pass the law, it is impossible, although if Morena wants, it would happen,” said Hugo Álvarez.