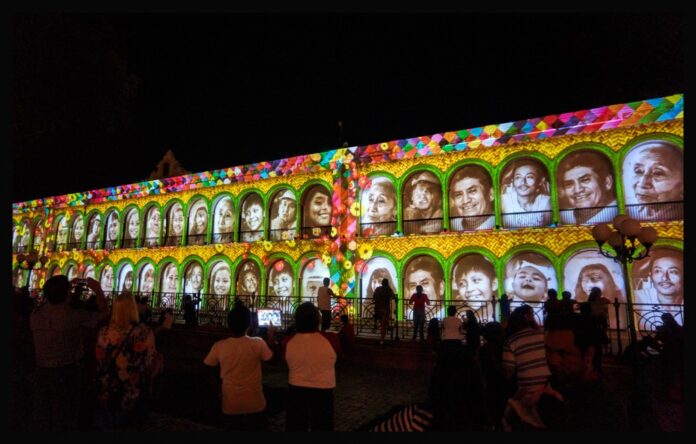 The business chamber presidents of the Merida, San Cristóbal de las Casas and Campeche chambers of commerce signed a collaboration agreement yesterday to promote tourism and commercial products in the Mayan region.

At the Mérida City Council pavilion at the Tianguis Turístico, in the presence of Mayor Renán Barrera Concha as an honorary witness and municipal officials from the three cities, the presidents of Canaco, Iván Rodríguez Gasque, from Mérida; Sergio Flores López, from San Cristóbal de las Casas, Chiapas; and Carlos Tapia López, from Campeche, signed the commitment to join efforts for joint training, commercial, tourist and cultural exchanges, in order to join the economic reactivation of the tourism sector in their cities and to create attractive products for visitors.

Iván Rodríguez stressed that the preservation of the Mayan culture and its dissemination in the tourism industry is what motivates this alliance between chambers of commerce. “It is one more step towards inclusion, at a fair price and well-being for the communities where the products rich in culture and nature are found and that they must share them with the world so that they generate well-being without losing their originality.”

The common work will focus on the training of service providers, the rescue of traditions with and through the partners of the chambers because they are large business communities, for example, Canaco Mérida has more than 1,000 companies that offer suppliers and work in tourism.

“This agreement is an activity that we must constantly do with the municipalities; I want to help in this initiative, ”said Sergio Flores.

Carlos Tapia, from Canaco de Campeche, stressed that as a private initiative they have the responsibility of creating economic and tourist development policies, generating cross-cutting projects that improve the quality of the inhabitants, and synergy of commercial, tourist, and cultural exchange because the three cities have a lot in common.

“This is the beginning of an arduous work that we will do in the coming months and years, we are added to the economic reactivation for the benefit of workers and tourism service providers,” he said.