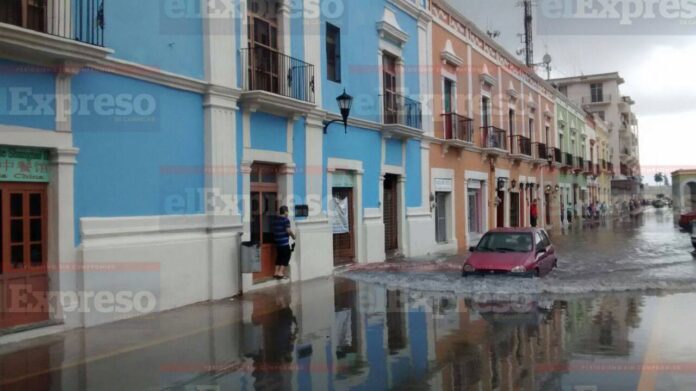 The lack of an orderly urbanization project in the city of Campeche has caused that various problems in the city today are the ordeal of citizens: from transportation to public services in poor condition, they are a reflection of irregular growth of the capital and of economic and social centralization, said Víctor del Río R de la Gala, architect, former president of the Mexican Chamber of the Construction Industry (CMIC) and current president of the Campeche Business Coordinating Council.

He pointed out that in the city there are different points that have flooding problems, even though there was a comprehensive project called mega-drainage, that although the floods do not take long now, this project does not manage to prevent these mishaps from happening. The mistake: Campeche has a coastline, it is a natural drain, so its growth was thought, but the new trends created a barrier before reaching the sea.

Also, with the irregular polygons that make up the various sectors, the urban area does not allow good mobility and for each new route, each subdivision that needs urban transport, feasibility studies must be carried out, contrary to taking into account the growth of the city. .

He also considered that today the challenge of Campeche is to organize and grow urbanly between the concept of vertical housing and upwards commercially because although the spaces are vast for construction, it is necessary to be responsible with environmental and social measures; In addition, the post-pandemic architecture that dictates open and more ventilated spaces, the opposite of vertical growth, must also be taken into account.

He said that until 2019, the trend was vertical housing, as well as commercial areas concentrated in small spaces, “this would change the commercial areas already known in the city since they have always been in important avenues and the Historic Center, which it has generated road problems and economic centralization ”, he stated.

With the arrival of the pandemic, and the measures requested by the World Health Organization (WHO), the new trend is post-pandemic architecture, which aims to give more space and ventilation to homes and businesses, that is, everything the opposite of the vertical, so now they are looking for another vision, “and although Campeche has vast space, we must also be responsible, since construction costs in larger spaces increase.”

He also said that the Mayan Train project is the opportunity that Campeche waited for the urban planning to reach par with the growth and economic, political, and social decentralization of the first square of the city towards almost unpopulated areas, “for example, where they want to build now. the train station”.