Seven thieves hatched a movie plan to scam one of the most popular lotteries in Mexico, but they say “there is no perfect crime”

The Melate y Revancha 2,518 draw was the most surreal in the history of Forecasts in Mexico. A carefully planned montage and the theft of 160 million pesos (USD 8 million) before the eyes of millions of viewers, was recorded in the infamous history of a national crime.

This is the story of seven thieves, a fraud, the negligence of the government, and a gross error that initiates the maxim: “there is no perfect crime”.

After ten o’clock at night on January 22, 2012, the draw was broadcast on national television. On the surface, nothing seemed to be out of the ordinary. An aide-de-camp read aloud the numbers of the spheres that came out in the compressed air ballot boxes, while an intervener from the Ministry of the Interior watched each movement of the filmmakers from a distance.

The only detail was that no one had seen the actual transmission of the moment, everything was a recording that had been recorded hours before in an adjoining room thanks to a plan forged between the aide, four senior officials of the company lottery for Public Assistance, and two company employees Just Marketing, the charge of the production of the program. 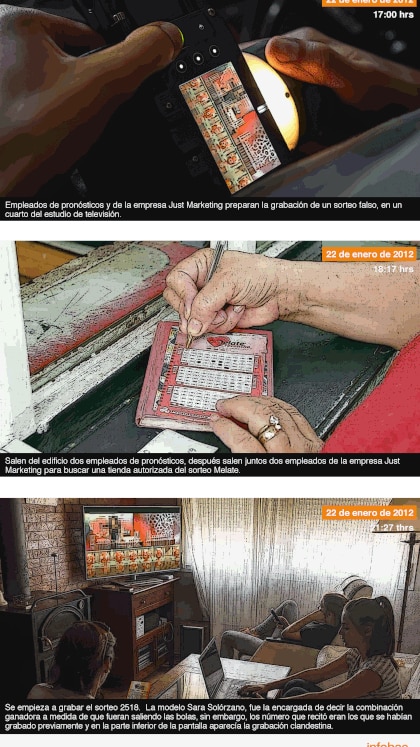 In April 2011, the company based in Guadalajara and in the then Federal District obtained a direct contract and without tender to work for the lottery. Their job would be to broadcast and record the videos of each draw. In those days the parastatal was directed by Adolfo Blanco Tato.

Just Marketing was initially hired for a period of nine months, during which time she would receive a payment of 20 million pesos for her work. The company carried out its work for some time, but something happened in the lottery during the closing of 2011 that motivated the Ministry of Finance and Public Credit ( SCHP ) to order the removal of Blanco Tato. In his place, Jesús Villalobos, former director of the Institute of Security and Social Services for State Workers (ISSSTE) and a henchman of the Calderón administration, entered as an emerging relief.

As soon as Villalobos arrived, he took out the broom and cleaned the house. He removed all command posts in the parastatal, remaining practically the only momentary leader in charge of the administrative reconstruction of the company. It was around those days that the robbery was planned.

The changes generated a loss of control of the organization and two months later the pair of Just Marketing members found the ideal circumstances to execute a plan that consisted of recording the selection video behind closed doors, and in collusion with the forecast employees. of the balls.

The fake drawing was recorded at 5:00 PM in a room behind the recording studio. Afterward, they mounted the previously recorded numbers on the live image.

The looting was done when the employees bought the tickets and filled them in with the exact numbers between 6:25 and 7:00 p.m., an hour and a half before the capture system was shut down.

How did they circumvent the surveillance of the governor’s inspector? That day the manager settled for watching the draw from a distance, not in person. That is why she could be totally deceived. What he actually saw was the recording that had happened a few hours earlier, not the live draw. His approval of the contest was positive.

The scammers left through the door of the lottery savoring the jackpot and some 110 million pesos of the loot were claimed in the following months by relatives of the officials and employees of the video company both in Mexico City and in the State of Zacatecas, where the Treasury charges less taxes for lottery prizes.

They were urged to quit their job 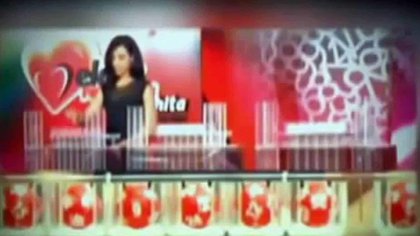 Annie Castillo, the Technical and Legal Coordinator of the lottery, noticed that after the raffle was held, only relatives and executives of Just Marketing showed up to collect the prizes and that the representatives of that company They no longer went to work the next day.

One of the “winners” claimed the award in Zacatecas. A representative of the lottery attended to deliver the award, in the company of a notary public, at a target chosen by the claimant. However, there, too, suspicions continued.

It all came to light when the coordinator realized that all the collectors had some link to Just Marketing.

In March, the Attorney General’s Office ( PGR ) was asked to investigate the process of the draw 2518, and when the video was reviewed more carefully, they realized that it was a montage due to the lags between the real recording and the headband that gave the false winners.

For this reason, in March they requested the PGR to investigate the process of the draw 2518. Following the investigations, the authorities froze the bank accounts of the four public officials and Just Marketing employees, with which, according to the Ministry of Public Administration ( SFP ), they were prevented from spending most of the money earned.

The Mexican prosecutor’s office froze the accounts of those involved in the coup, recovered almost the entire prize, and issued arrest warrants against the scammers, although it still took several years to catch those involved.

Most were able to free their proceedings since the fraud they were charged with is not a serious crime in Mexico. The Melate scammers got the courts to grant them an Amparo to have the right to bail according to their economic situation.

Since 2012 it has been prohibited for the recording company to do so out of time.