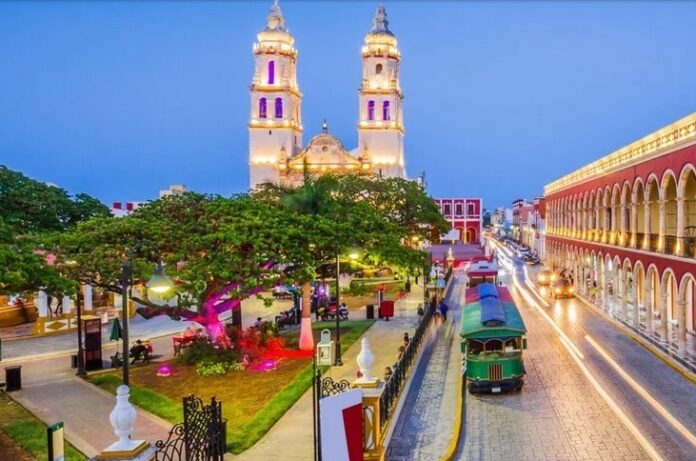 Situated in the country’s southeast, Campeche has long attracted day-trippers to its sorbet-colored streets, but its appeal has gone up a gear lately, with the refurbishment of 18th-century guesthouse Las Lupitas.

Both honoring the port city’s history and showcasing contemporary style, the five-key boutique is a stylish independent base unlike anything else on the local accommodation landscape.

Between hazy hours spent lounging in hammocks, visitors will find much to explore in this culturally rich destination. Founded in 1540, Campeche first made its mark as a major trading hub. The luxury goods passing through quickly made it the target of pirates, and a string of attacks wiped out almost a third of its population.

Designated a Unesco World Heritage site in 1997, the city is home to two preserved fortresses encircled by crumbling walls. Get to grips with its turbulent past at the Fort of San José Museum, which perches at the highest point of Campeche. On display in its gallery space is an impressive collection of artifacts recovered from sunken ships.

Click here to read the complete original article on Suitcase