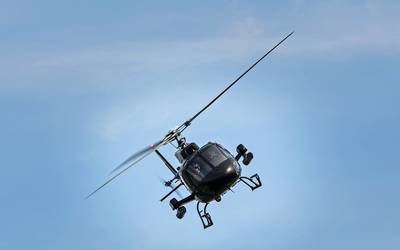 In the middle of complete secrecy by  Petróleos Mexicanos (Pemex), it has been reported that this Thursday afternoon, a helicopter collapsed in the Sonda de Campeche without having been able to locate the two crew members of the aircraft so far.

Rumors of this accident began to circulate on the Island at night this Thursday, in the middle of complete silence by PEMEX, which only publicized the visit of the general director of the national oil company to the Ku S Process Center.

The helicopter collapsed near the area of Cayo Arcas, about 130 kilometers west of the coast of Isla del Carmen, the causes of this accident are unknown, as well as the company to which it belongs.

Unofficially and with information from the same PEMEX personnel, who requested anonymity, reported that elements of the Secretary of the Navy are in the area carrying out search and rescue work for two of the crew members of the aircraft.

This would be the second accident that has been recorded in the Sonda de Campeche, in which air craft are involved, since the first occurred on September 20, when an aircraft from the company Aeroservicios Especializados S.A. de C.V. (Asesa), impact of the broken tail against the command booth of the Global Explore ship, no injuries, only material damage.