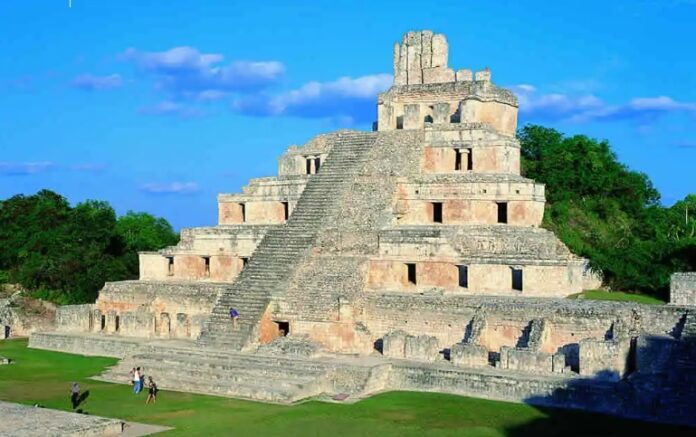 Campeche, (October 08, 2021).- Including Calakmul and Edzná, the National Institute of Anthropology and History (INAH) of Campeche, reported that the 10 archaeological destinations under its jurisdiction began to function normally this past October 4th, from 8 a.m. to 5 p.m. with a general capacity of 75 percent.

The museums also began their “normal” activity a couple of days ago, with the exception of the Baluarte de la Soledad Museum, which currently receives maintenance on the roof and other areas due to the natural deterioration of the material with which the buildings were built, two centuries ago.

In both cases the capacity is the same, they still offer the health measures recommended by the State Health Council and will assess with the state government the next step to the new normal in case the green alert returns to the entity shortly, as they intend to put all the properties under their charge to work for the enjoyment of the citizens.

Entrance costs range from 50 to 80 pesos, Calakmul being the archaeological zone with the latter and the one with the greatest presence at the international level due to its appointment as a Mixed Heritage of Humanity and its nomination as a wonder of the modern world, as well as the appearance of its Templo Mayor in the thousand-peso bills.

Regarding the museums, they recalled that on Sundays the entrance is free for locals with a Photo ID, while the cost for national and international visitors has a lower cost than the established ones.