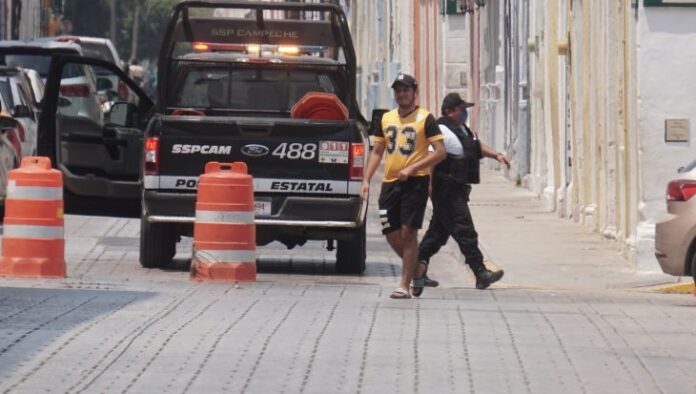 Interviewed during an intense work tour that she carried out on the island of Carmen, in which she met with businessmen; visited the facilities of the State Preventive Police (PEP); Accompanied by the elected municipal president, Pablo Gutiérrez Lazarus, she flew over the colonies with the highest crime incidence and supervised the detachments of Isla Aguada and Sabancuy, the state official lamented the conditions in which they are, “the abandonment in which they have been.”

“You do not know how I have been suffering, it is a terrible abandonment, the truth is that I feel ugly, how you demand that the police work well when their facilities are deplorable, they do not have bathrooms, there is no water to drink, they do not have water to wash themselves, the patrols they are without workshops, the truth is that we have a very abandoned security system and the police, I don’t even tell you, ”said Muñoz Martínez.

During the tour of the facilities of the Public Security Directorate of Carmen, Muñoz Martínez found that there are different parts of the structure that show holes or are broken, the bathrooms in terrible conditions, as well as doors in abandoned conditions.

Asked about the agreement that the PEP maintains with the Comprehensive Port Administration of Campeche (Apicam), so that its elements provide security service to the port facilities of Puerto Isla del Carmen, she maintained that they will continue working in this way, coordinating with Semar and with the GN, to bring better performance and take advantage of the state of strength

“In the municipality of Carmen, we are going to work in coordination with Sedena, the National Guard, and the Navy, to take advantage of the state of force that we have, because right now we bring them piled up and without giving results.”

He stressed that in the case of surveillance in inland waters, which have been used by criminals to flee, after committing their misdeeds, all the vessels that the corporation has available will have to be used, “we only have three boats that we are going to distribute along the coast, but without we are going to try to cover as much territory as possible. We are going to see with the Municipal Police of Carmen, where they also have a boat, to verify in what condition it is, to put it to work ”.