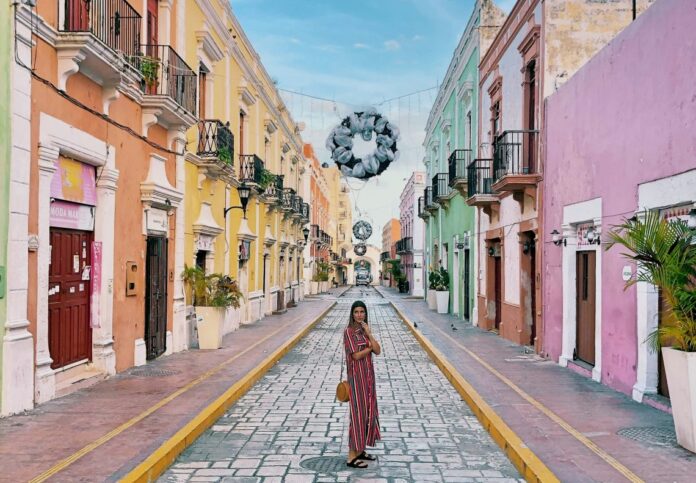 The natural, archaeological and cultural riches that the municipality of Carmen has, should be used to detonate tourist activity as an opportunity to promote the industry without chimneys and an alternative to reactivate the island’s economy, said Adelina Herrera Mendoza, Secretary of Sectors Economics of the State Committee of the Mexican Institutional National Socialist Front (Frenasim), AC

“In Campeche and Carmen there is a vast natural, architectural, archaeological and even gastronomic wealth, which can be used to attract tourism,” he said.

The activist considered that in areas such as Isla Aguada and Sabancuy, as well as in some localities of the Municipal Board of Mamantel, it is important to carry out actions to create tourist infrastructure, but with a comprehensive conservation project, since one of the factors that are of most interest to European tourism is ecotourism.

He explained that it is necessary to promote a policy that allows diversifying the economy of the municipality, looking for other alternatives that are not only oil.

He considered it important that in the same way, Carmen can promote agro-industrial activity, where it is necessary, strengthen the activities of the field to give added value to what is produced.

The member of Frenasim said that primary productive activities, such as livestock, hunting, fishing, agriculture, have had a significant rebound in the state’s economy, so it is necessary to promote actions to make it produce and with it generate sources of employment and income for families in rural communities.

“In Campeche and Carmen, I have seen that historically it is not correct to bet everything on a single productive or economic activity, for this reason, it is necessary that in addition to the announcements that have been made on energy matters, the tourist sectors are promoted, but that inject resources into the countryside so that it becomes a pillar of the state economy and grows, as it has been doing, “he said.

He pointed out that it is necessary for the next authorities to look for the alternatives that tourism represents for the economic development of the municipality, for the reactivation, and for the diversification of the sector.

The opening will be staggered and will begin with hiking: Copriscam

Until a couple of weeks ago, the Miguel Colorado cenotes known as Agua Azul and Los Patos were closed due to indications from the Commission for the Prevention against Sanitary Risks of Campeche (Copriscam), as a health measure against the pandemic. However, last Friday, in a second inspection of the area, the commission gave them the news of being able to open to the public, but in a staggered manner and they will start in hiking mode.

After more than a year closed and in the face of the refusal of the sanitary surveillance body to open it in a staggered manner at the end of 2020 because “it did not comply with the necessary health and safety measures”, the ecotourism complex of the cenotes of Miguel Colorado may be visited by national, international and local tourists to know the layout of the place.

“Visitors will be able to visit the place, even go down to the water area, but they will not be able to bathe,” said one of the residents of the ejidal nucleus, and that he affirmed that they will respect the rules so that the Second stage arrives soon, the which would be adding zip lines to the activities of the complex, which is guarded by more than 170 ejidatarios.

The Mayan Day made a tour of the area as it will be the first stage of activities with hiking. This first step has the ejidatarios happy because it is the greatest attraction of the place and benefits all the inhabitants of Miguel Colorado since, as they explained, what enters the tourist complex annually is for the ejidal nucleus and a part works for public services of the place.

Progress in the steps towards total opening will depend on respect for health and safety measures, as well as the situation of the pandemic in Campeche, that is, if the epidemiological traffic light changes to yellow or orange, then they would stop the entire process economic reactivation.

Baseball stadium in Campeche to be remodeled… by presidential order