AMLO’s blows to the feminist movement in Mexico

On more than one occasion, the president has dismissed the feminist movement, downplaying the violence faced by women in the country with his statements.

During his more than two years in office, President Andrés Manuel López Obrador has declared a series of controversial phrases regarding the feminist movement in the country. From asking for a “peaceful” mobilization to disqualifying the patriarchal pact, here are some of the most remembered moments in this regard:

“Well, I’m already breaking it when I broke the so-called ‘Pact for Mexico'” 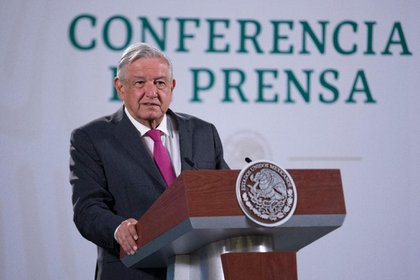 The president confessed that he asked Beatriz Gutiérrez Müller what is the meaning of “President, break the pact” (Photo: Presidency of Mexico)

During the last month, the issue of Felix Salgado Macedonio and his possible candidacy for governor of Guerrero by Morena has brought moments of extreme tension for the president in his morning press conferences. This Thursday, one more took place, when he gave his opinion about the call on social networks that he was subjected to last week, where several users urged him to break the patriarchal pact.

“But when it is said to break the pact, well I am already breaking it when I broke the so-called ‘Pact for Mexico’, which was nothing more than a pact against Mexico or the ‘pact of silence’ established by those who repressed and disappeared the 43 normalistas of Ayotzinapa. The other pact no ”, were his words.

This situation was accentuated because López Obrador also commented that it was his wife, Beatriz Gutierrez Müller, who explained the pact to which they referred in networks, in addition to mentioning that it is all about a “simulation of feminism”, which it is being used by the conservative wing that seeks to intimidate him and harm his government.

“Now yes that ‘ya chole'” give me a break, give us a break 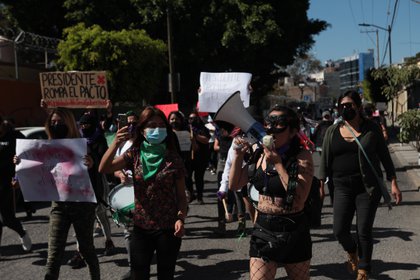 Another scandalous statement resulting from the candidacy of Salgado Macedonio has unleashed a few weeks ago, when President López Obrador answered questions from the press at the National Palace in an unprecedented way and commented that it seemed to him that the issue of the possible election of the senator The license was being used in a bad way by the opposition and some media.

“ So now, as some say, right? ‘Ya chole’. In other words, because they are going to campaign in the media that the Reform, that El Universal, that the radio programs, as it was before, radio hosts, with experts, with analysts, pontificating, sentencing, judging ”, were the words of the president.

I understand pain, but you can’t face violence with violence

At the beginning of 2020, in the midst of a wave of protests as a result of femicides and the lack of attention to them at the national level, as was the case of Fátima, the 7-year-old girl who was murdered in the Tláhuac mayor’s office. , the president spoke on the issue, commenting that, despite the sensitivity of the issue, it did not coincide with the use of violence to demand that it be addressed. It is possible to protest without violence, non-violence is an option. I understand pain, but you cannot face violence with violence. […] These are very unfortunate cases, we do not want it and we are working so that this does not happen

90% of calls for violence against women are false 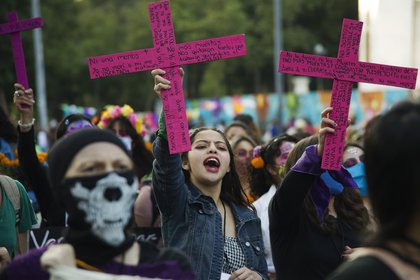 In May 2020, the president resorted to one of his most controversial assertions when commenting that gender violence in families was not something that characterized Mexican society, in addition, López Obrador dismissed the increase in calls for help made at the level national to denounce this type of violence.

So from the presidents mouth YA CHOLE …give me a break, give us a break