The arms black market has become fundamental for the supply of weapons to Mexican organized crime.

Mexico and the United States are immersed in a strong traffic problem that extends throughout Latin America. This phenomenon, dubbed “the iron river of weapons,” has been tracked by researchers seeking to unravel why both nations “have so completely failed to stop it.”

There are two different scenarios: on the one hand, Mexican laws maintain such strict control on the sale of weapons that there is only one legal store controlled by the Army, while in the United States the “legal vacuum in private sales” has benefited criminals and led to an increase in violence, researcher Ian Grillo, who focuses on drug trafficking and organized crime in Latin America, pointed out to the New York Times.

The arms flow is especially constant on the northern border of Mexico. From 2007 to 2019, he noted, more than 164,000 weapons were confiscated from the Mexican drug trade, but the origin tracing led analysts to US armories and factories. 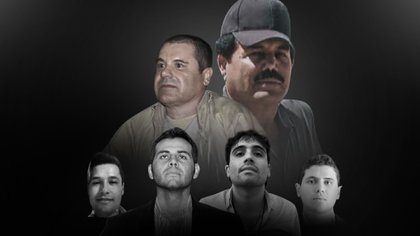 The trial of Joaquín el “Chapo” Guzmán stressed that the Sinaloa Cartel trafficked tons of cocaine, methamphetamines, and heroin to the United States, and on their return, they brought rifles with them (Photo: Infobae México)

“ The river of iron-bound for Mexico intersects with the channel that transports weapons from US states with lax gun control laws to cities with stricter laws, such as Chicago, Washington, and New York, which are now seeing an increase in the homicides, ”said the investigator.

The Ministry of Foreign Relations (SRE) estimated that more than 2.5 million weapons have crossed the border in the last decade. “The black market for weapons is intertwined with drug trafficking, like two poisonous plants that become entangled with each other,” said the investigator.

The trial of Joaquín el “Chapo” Guzmán focused on this problem, as it not only stressed that the Sinaloa Cartel trafficked tons of cocaine, methamphetamines and heroin to the United States, but that, upon their return, they brought rifles with them. In the words of the prosecutor Andrea Goldberg, the capo “did something similar to acquire the weapons or distribute them, not only for their personal use, but for hitmen and gunmen to use them as well.” 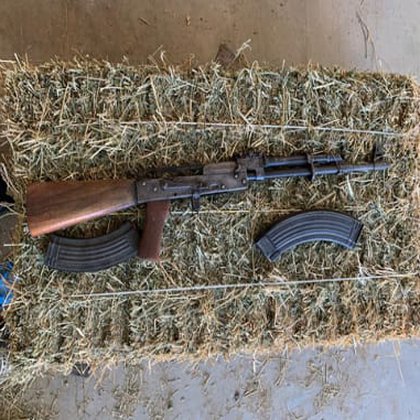 The Ministry of Foreign Relations (SRE) estimated that more than 2.5 million weapons have crossed the border in the last decade. (Photo: Courtesy Attorney General of the Republic)

The “loophole” that Grillo refers to corresponds to those people who claim to be collectors to sell weapons to third parties without a background check or identification. Although President Joe Biden introduced an initiative to incentivize universal background checks, there are other gaps.

Many occupy “ghost buyers” or people without criminal records who, if caught “, would only have to pay between 50 and 100 dollars of fine, others buy stolen weapons or acquire” ghost “products on the internet.

Although there have been attempts to end these strategies on various occasions, the writer assures that there is a lobbying group that has managed to scrap almost any gun regulation and that Republicans in Congress have also gone to great lengths to reverse any changes.

While the strategies of both countries are constantly failing, Grillo emphasizes, “drug traffickers often adorn their weapons with gold and precious stones in celebration of the tools they use to earn money and sow death.”