The British media described the president as “a left-wing nationalist with economic views anchored in 1960.”

The president of Mexico Andrés Manuel López Obrador, “is ready to achieve an unlikely feat with his proposed law to reform the country’s electricity market,” despite the fact that it was repealed by the Supreme Court, highlighted the editorial board of the Financial Times in its most recent publication.

He assured that the president maintains a vision that energy is directed by the state and powered by fossil fuels. In the editorial they described López Obrador as “a left-wing nationalist whose economic views are anchored in the 1960s.”

Among their most controversial actions are the scarce government resources that have been invested in Petróleos Mexicanos (Pemex), which they consider “a quixotic attempt” to boost oil production that leaves foreign investors who “can do the job in a more efficient way ”.

Regarding the refinery in Dos Bocas, Tabasco, the media stressed that the government will invest millions at a time when “the big oil companies around the world are getting rid of these assets amid the decline in demand.” 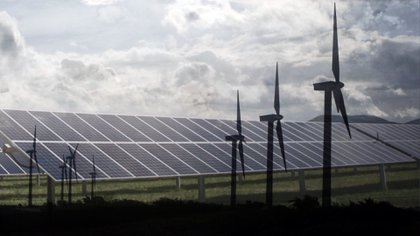 “Greater use of the CFE’s fossil fuel generation capacity would make it even more difficult for Mexico to meet its commitments against climate change under the Paris Agreement,” the editorial emphasizes. (Art photo: Steve Allen)

In the text titled “The dangerous addiction of Mexico to fossil fuels,” they pointed out that the participation of the private sector in the energy market is one of the “favorite hates” of Andrés Manuel López Obrador.

Given this, the president proposed the reform of the Electricity Industry Law, which was classified by the Business Coordinating Council (CCE) as an “indirect expropriation” that would generate an increase in the price of all the products and services consumed in Mexico.

For its part, the Supreme Court of Justice of the Nation repealed the proposal with a majority of four votes. The Reliability, Security, Continuity and Quality Policy in the National Electricity System (SEN) was also declared, which considers that the initiative distorts the competition process in energy matters and grants “exclusive and undue advantage in favor of the CFE to propose strategic projects in highly relevant programs ”.

The British newspaper also stressed that experts assure that if the proposal is approved, Mexico would be violating the commercial commitments that entered into force with the Treaty between Mexico, the United States and Canada (T-MEC) and the Comprehensive and Progressive Treaty of Trans-Pacific Partnership (CPTPP, for its acronym in English) agreed with Asian nations. 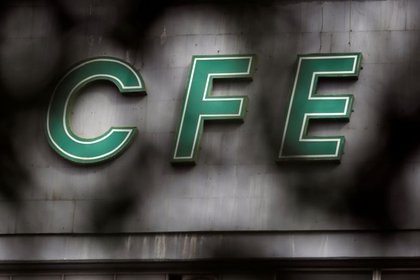 The proposal was repealed by the Supreme Court, considering that it hinders economic competition and benefits “unduly” the Federal Electricity Commission (CFE) (Photo: Reuters / Daniel Becerril)

Furthermore, ” increased use of the CFE’s fossil fuel generation capacity would make it even more difficult for Mexico to meet its commitments against climate change under the Paris Agreement,” the editorial emphasizes.

Despite all these obstacles and the declaration of unconstitutionality of the project, “the government’s response was to insist on the need for its new proposed law.”

Finally, the Financial Times emphasized “the worrying direction that Mexico is taking” when considering that López Obrador has the majority in Congress, which made it possible to accelerate the bill.

Above all, he stressed that the voters of the executive bet on a man who promised to end corruption, reduce crime and give a greater focus to the poor of the country. However, “what they got is a president who sets an example of personal probity with an austere lifestyle, but who has failed to reduce murders, grow the economy, respect institutions or control the coronavirus effectively.”