The New Year will bring more uncertainty for Lorena Gómez, who for five years has served as a “local employee” at the Mexican consulate in Denver and was informed just a few days ago that her contract will not be renewed due to the fact that her A2 visa is expiring.

The news was a blow to this Mexican, single mother of an eight-year-old girl. The lack of income and legal permission to stay in the United States will confront her with severe difficulties, adding to the consequences on her health after having been infected with Covid-19.

To begin with, she will have to renegotiate the lease with her landlady and surely pay a fine of about 2,000 dollars for breach of contract, review her daughter’s academic situation right in the middle of the school year and find a way to stay in the United States.

“Our life is here. In Mexico, I have nowhere to go and if we go there, we would be kind of deported by our own government. My contract expires on 31 (December) and they gave me notice on the 23rd, not even 15 days in advance to which we are entitled, “she said in an interview.

On Thursday of last week, the National Committee of Local Employees addressed a statement to President Andrés Manuel López Obrador in which he warned of “massive layoffs” among local consular personnel in the United States by the Ministry of Foreign Relations (SRE) .

At the request of this newspaper, the Foreign Ministry detailed in an information card that the immigration stay and work permit for professionals who provide their independent professional services (PSPI) in Mexican consulates in that country are given under the A2 visas.

However, in 2016, via a diplomatic note, the US government determined that this type of visa would have a maximum duration of five years so that PSPIs will not be able to have a work permit beyond 2021. The measure is applicable to all countries with diplomatic and consular representations in the United States.

The SRE added that of the 1,642 PSPI in the Mexican consular network in that country, 45 percent were hired under an A2 visa and it is estimated that 80 of them “cannot have their contract renewed (in 2021) expire their visas ”.

He added that the Mexican government will consult with the new US administration “in order to consider possible exceptions” to that provision.

Another local employee with 20 years of work in one of the main Mexican consulates in the United States, who requested anonymity due to possible risks to remain in the country, was notified of his dismissal on December 24.

His family has made a life in America. He has three children, two from his current marriage, ages 17 and 15, US citizens, and the oldest is about to go to college. He is the breadwinner for his family and returning to Mexico is not an option, so he thinks he will have to work “whatever it takes.”

In three years, when his daughter reaches the age of majority (21 years), he and his wife could benefit from a request from the young woman for her parents to be with her in the United States. Meanwhile, he is unclear on a plan B.

Despite the vital work that these workers carry out on a day-to-day basis, supporting and informing the Mexican population and Mexicans who visit the United States, layoffs have been notified to personnel with more than 10 and up to 20 years of continuous service, they detailed, “without the slightest consideration of any kind.” 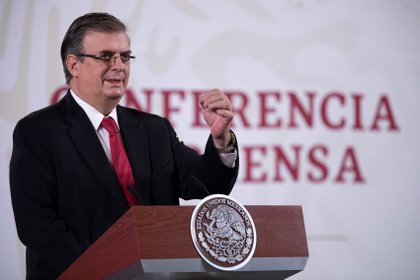 Ebrard had announced negotiations with the US government and the possibility of giving labor rights to consular employees (Photo: Courtesy of the Presidency)

“In the most critical stage of the pandemic in Mexico, they fire us, pretending that we are in a position to join the labor sector after being away from their country for years. There were five years, two of this administration, where the Mexican government does not pronounce on the regularization of our labor rights ”, they questioned.

“The efforts of this committee were underestimated and ignored and now, with the situation outpaced by time, and taking the note from the State Department and the pandemic as a pretext, the lack of will, commitment and loyalty to an important part of the Mexican working class, which bears the name and image of our country very high in all the territories of the United States ”, they highlighted.

In the letter, the local consular employees also highlighted their surprise at the dismissals just a few days after the Mexican Foreign Minister Ebrard announced a negotiation with the United States government and the possibility of giving them the labor rights that these workers do not have. 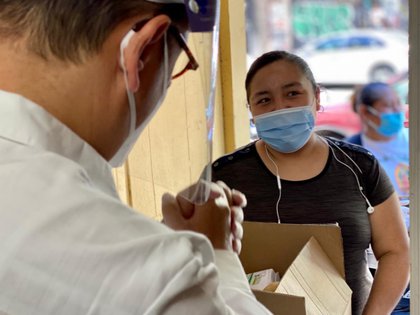 “In relation to the United States in particular, we are in renegotiation now obviously, as there will be a change of government, regarding the issue of visas that you are mentioning, which is correct. That was the negotiation that was made, a modification was proposed to the State Department ”, said last Tuesday the head of the SRE in a morning conference offered by López Obrador.

“So, I estimate that by the month of … the end of February we can have a response from the new administration and that the new status that we achieve, regarding visas, will also allow us to adjust their employment situation, because it is true It is very uncertain, it is not fair and that is what the president has indicated to us ”, he added.

We estimate that, by the month of February, more or less at the end, we can have a response from the new administration. And, two, once that response is obtained, change, there already by own decisions, I mean budgetary and functional, that we can change their status so that they have job security , as is their right “, concluded Ebrard at that time. 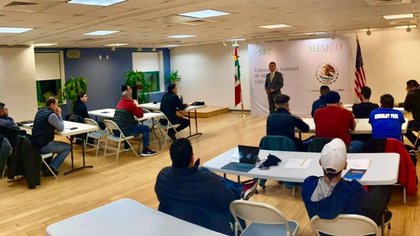 According to the letter of the local consular employees, the dismissals have been notified even to workers with decades of service (Illustrative photo: Twitter @ConsulMexCho)

“It is the public domain that some of the representations are directed by self-centered officials, controllers, sick of power and pride who disrespect their country and us, who get tired of giving a voice to eliminate corruption, continue firing us,” they asserted in the letter.

” We ask for the immediate attention of Foreign Minister Marcelo Ebrard and López Obrador, for our colleagues who are being dismissed in an arbitrary and authoritarian manner, accentuating their situation of vulnerability due to the pandemic,” they completed. Ironically, our own country ‘deported’ us and threw us into the unemployment statistics, without any social benefits, after having worked for years in the service of the State

Finally, the organization of local consular employees expressed solidarity with their dismissed colleagues. “Tomorrow it can be any of us. We ask the government of the Fourth Transformation for the justice it promised three years ago. We trust him and we support him, now we want results ”,