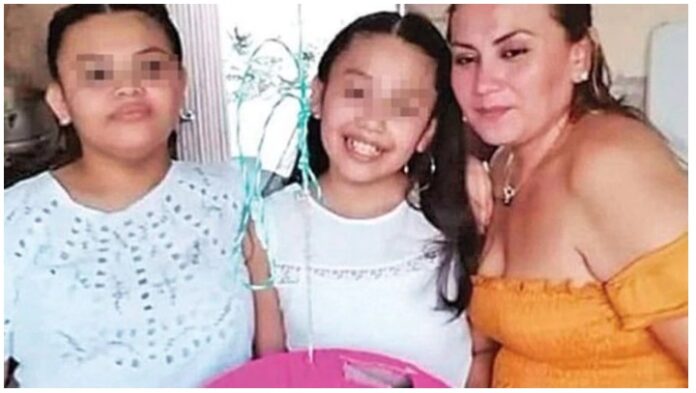 The Campeche State Attorney General’s Office confirmed that there are two detainees, one of them is the woman’s former partner.

The bodies of a 36-year-old woman and her two daughters, 13 and 11, were found inside a clandestine grave located on a property in the community of Chiná, in the state of Campeche. All three had been reported missing since September 12.

The discovery occurred at approximately 9:00 p.m. on Monday by personnel from the Campeche State Attorney General’s Office. The mother was identified as Rosalba Acal Rodríguez, 36 years old.

An anonymous report warned about the stench in a property that was used as a party room. However, according to local press reports, it took four days for the State Attorney General’s Office to get a search warrant because it was private property.

The Campeche attorney general, Renato Sales Heredia, revealed that the death of the women was due to suffocation and head trauma.

According to reports from relatives who went to the FGE facilities, on September 12 at 7:00 pm they spoke with Rosalba’s mother, identified as “Doña Juanita”, who assured that her daughter’s ex-partner allegedly had contact with her and the girls.

“Doña Juanita, much appreciated by us, notices the disappearance of her daughter and her two granddaughters on Sunday, September 12, the 14th she goes to the facilities to make the report and the protocols are activated. On September 16, I arrived at the prosecutor’s office, it was my first day at the helm, she was already waiting for me, very worried. We spoke with the prosecutor of the act, he impacted, the search was ordered yesterday and unfortunately, the bodies are found, we have two people arrested, one was his ex-partner, but we are not going to give names due to due process, “said Renato Sales.

A girl is murdered in Mexico every 3.7 days on average

Only between January and June of this year, 48 femicides of girls were reported, at the national level, the crime of femicide represents 0.05% of the total criminal incidence in Mexico, according to data from the  Executive Secretariat of the National Public Security System ( SESNSP).

There have been a total of 564 alleged crimes of femicide so far this year, however, in 2020 a total of 946 murdered women were registered, the highest number since 2015.

Seventy-seven of the cases with the court as of July 31, 2021, belong to the  State of Mexico and an increase in femicides has been reported in children under 17 years of age both in said entity and in Jalisco, Mexico City, Chiapas, Puebla, and Durango.

In one month (June-July), 52 femicides were added to the figures reported by the  SESNSP,  since between January and June 2021, 48 femicides of girls were reported, which means that one girl was murdered for gender reasons every 3.7 days.