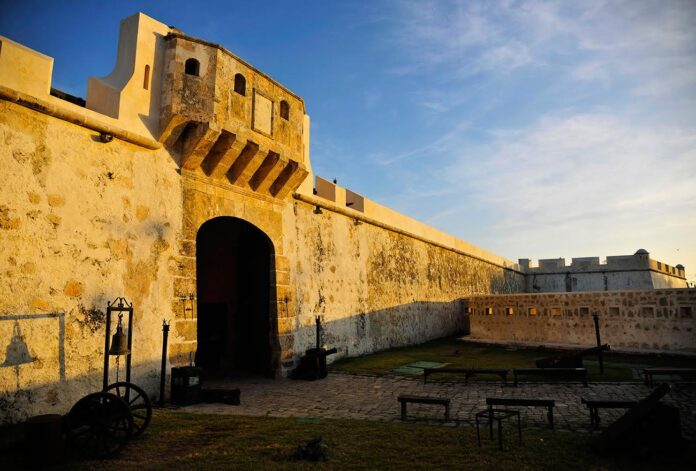 CAMPECHE, (August 23, 2021).- The ‘Bride of the Sea’ patiently awaits the return of a love that never returned. With her eyes fixed on the Gulf of Mexico, the statue of this young woman protects a story that captivates with the sunsets reflecting her nostalgic gaze on the Campeche boardwalk.

Of the 13 Heritage Cities of Mexico, the capital of Campeche is distinguished by being the only walled city. Its hexagonal-shaped defense system, represented by its forts and bastions, attracts visitors who arrive willing to discover an endearing destination in the southeast of Mexico.

Every day the parade of the minimum terns, a shorebird that feeds at sunset on the seashore, adorns the more than 5 kilometers of the boardwalk with their flight. In Campeche, tourists come to an unmissable appointment to see how the ocean “eats up” the sun and gives way to the warm nights that cover this city with its mantle.

When travelers finally get tired of admiring one of the most enchanting boardwalks in Mexico, just across the street from the ocean, the colorful architectural corners that characterize Calle 59 are available to the traveler.

This pedestrian path runs from ‘Puerta del Mar’ to ‘Puerta de la Tierra‘. Two of the four entrances to the walled city, which at every turn of the corner surprises visitors with the charm of its small houses painted in pastel colors and its beautiful cathedral with two towers.

When visiting Campeche, it is almost obligatory for travelers to visit the Fort of San Miguel. The fortification was built between the 17th and 18th centuries to defend the city against a possible attack by pirates.

Thus, this walled city of colonial beauty, like the ‘Bride of the Sea’, waits fearlessly for the arrival of tourists who have been promising to return, and that is much needed by locals to enhance their economy.