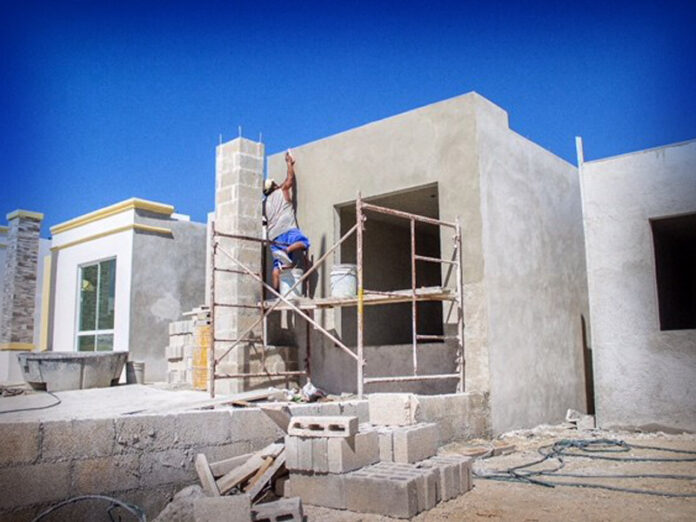 Still without finishing the approval consultation process for the Mayan Train project in the Tres Barrios area, made up of Camino Real, Santa Lucía and the Ermita, the National Fund for the Promotion of Tourism (Fonatur) delivered in Campeche the first nine houses as part of the program to relocate homes to people who would be affected by the passage of the Mayan Train.

Despite the words of some of the beneficiaries during the event, which was held without the presence of the media but with representatives of the federal government such as Katya Meave Ferniza, delegate of Federal Programs in Campeche, as well as Karina Graña, recently appointed director. of Fonatur in the state, the opinions against the project were not lacking, such as those of the representatives of the Tres Barrios collective who disapproved of this action and said they did not know who gave up the houses.

Likewise, they referenced the contrast that exists between the colonial and historical homes that exist in the Tres Barrios area, in comparison with those that will now inhabit those “unknown beneficiaries” for them, since “the houses of the majority in the area have extensive patios, spaces for their children to build later, not to mention that some of the houses are part of history and how those who no longer wanted to live in the inner city were looking for their heritage, ”said Guadalupe Gutiérrez, a resident of Santa Lucía and one of the voices of the collective.

Graciela Bonilla, one of the beneficiaries of the program, pointed out that: “We know that it is very positive, a house, a home, it makes us nostalgic to leave what before with a lot of effort, work and dedication we built, the truth is that we thank you a lot in a personal way. We are all excited to have a new home, to have something of our own, something with papers, something legal, so thank you very much ”.

“Today thanks to the Mayan Train project, which came to bring our state the opportunity to grow economically, culturally and touristically, and which also allows us to realize our dream with a home of our own. We feel fortunate to contribute and be part of this story, ”stated Antonieta Morales, another beneficiary.

The homes delivered are located in the Ex Hacienda Kalá Fractionation in San Francisco de Campeche and comply with the seven elements of adequate housing, such as access to services, location, and cultural adaptation, so they can be inhabited immediately, Fonatur pointed out. it’s a statement.

The director of Urban Development of Fonatur Tren Maya, Carina Arvizu Machado, recognized the inter-institutional work that has allowed the project to comply with the historical debt that exists with the southeast of Mexico, providing legal certainty and tranquility to the families that were within the Right of Way, whom he invited to create memorable moments in their new homes.