After the surprise and controversy over the announcement by President Andrés Manuel López Obrador himself, who was ill with COVID-19, the questions came. And it is that since last December, the version has run that the chief executive had already been vaccinated against that disease.

On December 19, 2020, financial columnist Darío Celis published in El Financiero that López Obrador had been immunized with the Chinese vaccine CanSino Biologics. At that time, no authority came out to deny it.

In the middle of last year, the president assured that he had not been vaccinated and that he would do so “until it corresponds”, that is, with the group of elderly people (he is 67 years old) or as a population at risk (is hypertensive and has suffered two heart attacks).

“If the vaccine is in December, of course, I get vaccinated here (in his morning press confrence), as long as the doctors decide that it is my responsibility,” he said in his traditional press conference on December 16. 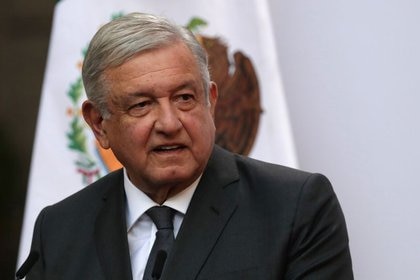 His attitude – contrary to that of many leaders who have already been vaccinated, for a mere matter of governance and national security – carries a message: try to see himself as an ordinary citizen who would wait until February to receive the vaccine, since he is in the group of older adults.

“No to influentialism “, on the subject of vaccination, the Tabasco politician has said time and again.

But after becoming known about his contagion, knowing if he was vaccinated or not becomes more important, since, if he was immunized, it is important to know which biological he received: that of CanSino (China) or that of Pfizer.

So far, almost all world leaders who have already been vaccinated have received the first dose of biological Pfizer, except Vladimir Putin (Russia) and the president of Argentina, Alberto Fernández, who were immunized with the “Sputnik V” manufacturing Russian and about which there are many doubts about its effectiveness since its results have not been published in any scientific journal.

CanSino’s Chinese vaccine has also generated a lot of suspicions. Only members of the Red Army of that country have received it. And given the total control of the information by the Asian government, it is impossible to know its effects.

On Tuesday, January 26, the general coordinator of Social Communication of the Presidency of the Republic, Jesús Ramírez, assured in an interview with Carmen Aristegui in his radio space Aristegui en Vivo, that President Andrés Manuel López Obrador had not been vaccinated.

“He himself said that he took the risk of becoming infected (…) it was important to send the message that there are no privileges, not even for the president, or his family or members of the cabinet,” said Ramírez. 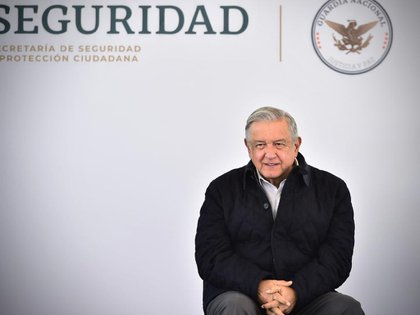 (Photo: Courtesy of the Presidency)

In addition, he asserted that there is no impediment to respond to requests for information about the president’s health. However, he pointed out that specialists should determine how to present the documentation since it is technical and not political data.

At night, the Undersecretary of Prevention and Health Promotion, Hugo López-Gatell, who is isolated after the contagion of President López Obrador, assured that the president is evolving favorably two days after confirming his contagion of COVID- 19, since he only had a fever and headache.

“They are minimal symptoms, at the time he had a low-grade fever, that is, a body temperature greater than 37 and less than 38 degrees Celsius in the axillary intake, he has no other symptoms, on Sunday he had had a little headache, but otherwise no He has had no other symptoms, ”he insisted.

“We must be sure that the head of the Mexican nation is evolving well,” said López-Gatell.

However, the issue of the president’s health is a matter of public interest, not only because it concerns the chief executive, but also because there is a legal vacuum to establish who will be in command of the Republic in the absence of the chief of the Executive. 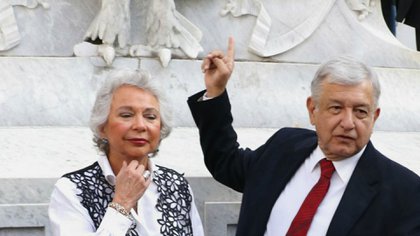 After it became known that Andrés Manuel López Obrador was sick with COVID-19, the false news emerged in social networks that the Secretary of the Interior, Olga Sánchez Cordero, had also been infected with coronavirus, which caused uncertainty about who would fall into the leadership of the country in the event that the president and the head of the Interior became seriously ill.

According to specialists, so far no law establishes what proceeds in the event that in addition to the President of the Republic, the Secretary of the Interior is also absent.

Article 85 of the Constitution states that if the president requests a license to leave office for up to 70 calendar days, the Secretary of the Interior will assume ownership of the Executive Power.

It is also foreseen that in the event of the absolute absence of the president (either by resignation or death), the Constitution warns that the Secretary of the Interior will provisionally assume the ownership of the Executive Power, while Congress appoints the interim or substitute president.