By Megan Frye for Thrillist

Mexico has a long history of welcoming gringos and other newcomers. Surfers looking for a cheap place to park their van, retirees seeking to extend their pension dollars, fugitives, people fed up with the stenches coming out of Washington, beatniks and artists desiring inspiration: They’ve all been called to Mexico for one reason or another. And most of them find themselves staying for a while.

I heard the call five years ago, and have been here ever since. I moved here to study Spanish and teach English after falling in love with the country two years earlier. While I eventually started writing and translating, my story started pretty typically: I came to Mexico with a couple suitcases and a one-way ticket, and decided to stay.

What exactly makes Mexico such a great place to live depends a lot on your socioeconomic background, your worldly experience, and how much you can roll with the unknown. It’s a country where you can do a lot without a ton of cash: In much of Mexico, there’s accessible healthcare, great food, and lively entertainment. And it’s not so far removed culturally from the US, thanks to a comparably large middle class and a steady back-and-forth between the countries due to land, people, culture, and trade. 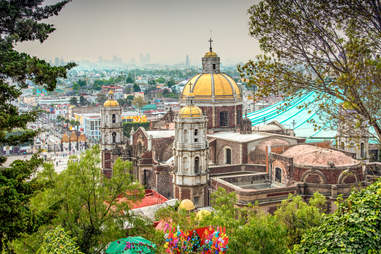 Mexico is a vast and diverse country where you can travel by bus or plane for relatively little money and enjoy everything from cloud forests to jungles, snow-covered volcanoes to pyramids, cosmopolitan cities to undeveloped beaches.

Of course, this is not some egalitarian utopia by any means: more than 50 percent of the population lives in poverty and the very fact that you’re coming here from the US implies that you will automatically be placed in the upper levels of society. You’ll need to pick the best place for you, and to integrate into society with respect.

By keeping a level head and an open mind, living in the guest mentality, you too might be tempted to surrender to Mexico’s pull. Here’s what to do when you hear that call. 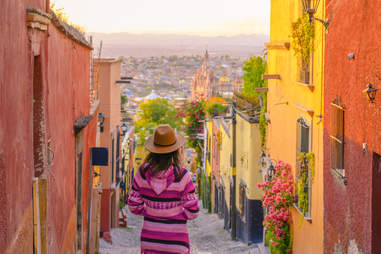 Most foreigners—even those who own property—come in on 180-day tourist visas, and leave the country on a visa run every six months. Or they pay the $35 fee at the airport for having overstayed their visa. I recommend going the legal route.

If you are hired by a company within Mexico, it will sponsor your temporary residency visa. You will need to renew this visa once per year in order to work, and after four consecutive years you can apply to be a permanent resident.

How to find work in Mexico

Most foreigners spending long stints in Mexico have some sort of digital work in which they are telecommuting or freelancing for US or European countries. That money is usually earned in fewer hours and in greater quantities than you would be paid by a Mexican employer. You’ll find a fair number of people teaching English, but that’s typically more of a temporary job because in most cases, it just doesn’t pay that well.

If your Spanish is decent to good and you have a college degree, you will likely be valued by any number of multinational companies that hire workers versed in different cultures and languages. I know people who have come here from the US with zero experience in social media or PR, but who are now managing the entire communications department of a major company. Is it foreign privilege? Probably. But it pays the bills. 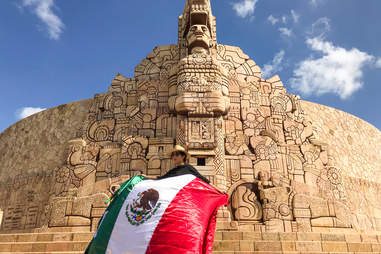 This depends entirely on where you live. Prices will shoot up to meet foreign demand. And they will shoot up fast. For example, The Gray Lady named Mexico City its top travel destination at the beginning of 2016 and within a year, apartment prices in some of the most desirable parts of town doubled. Within a couple years, families and elderly people living in apartments in those hot spots were tossed out and said apartments became part short-term rentals, easily netting more than triple what the previous tenants could afford per month.

More recently in Baja’s Todos Santos, the LA hipsters arrived with their stimulus checks and siphon coffee and decided to stay, some calling it “a blank canvas.” Predictably, rent skyrocketed.

What I can say is that transportation, food, health care and utilities (if you’re used to paying out the culo for heating) are generally significantly less expensive in Mexico than in the US. On average, about half. But wherever you choose to land, you have to get there before the gentrification brigade rolls in.

If you have kids, most public schools are desperately overcrowded (50:1 student/teacher ratio), so you’ll have to add a couple hundred more dollars into your monthly budget to send them to a private school. In most cities, owning a car is a nicety but not a necessity as public transport is plentiful and cheap and central neighborhoods were created with pedestrians in mind. 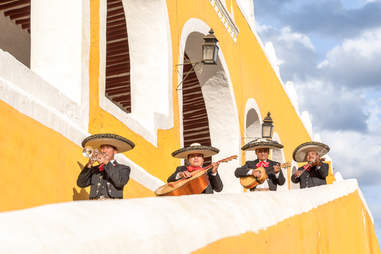 Do I need to learn Spanish?

Don’t expect to just coast by only speaking English. I recommend UNAM’s CEPE program, but almost every town in Mexico with any sort of international tourism has at least one small Spanish-learning school. Mexico City’s CEPE stands apart because it draws students from all over the world, and at the time I attended you could test into one of 8 levels, offering nuance and preventing students from getting lumped into “beginner, intermediate, or advanced” as often happens at smaller schools.

Whatever route you take, know you’ll have to look a fool for a while and that’s when you will really appreciate the unparalleled hospitality (and subtlety) of the Mexican people. If you go from zero to full immersion, you could be speaking good Spanish in about two years.

Acclimating to life in Mexico

Gringos have a reputation of being loud and pushy, which falls somewhere between amusing to downright grotesque when played out on Mexican soil. Smiling, being polite, and waiting your damn turn will get you far in Mexico.

Patience is also a virtue you’d do best to embrace. Whether you’re waiting on a check (pro tip: ask for it) or to file visa paperwork, always plan on things taking a long time. Sometimes they don’t, but, “mañana” is the Mexican way, and your rush will be even less appreciated once you get out of the cities.

I’m a middle class white girl from the rural Midwest. Whatever that means to you, what it means to me is that I didn’t have to come here. I didn’t have to leave the relative comfort of my environs, which I have the luxury of returning to when I want. In Mexico, I am a guest. I came because I wanted to experience something else: to learn something about life and the world. 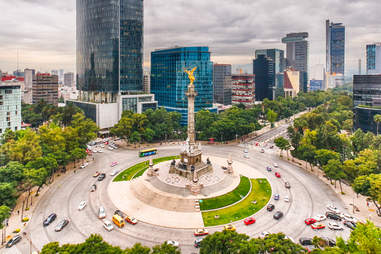 And I learned a lot, including many things I would rather have not known. That’s no fault of Mexico: I left the bubble of the United States and I don’t live in a foreigner’s bubble in Mexico. I have lived with Mexicans and Latin Americans, and have had my proverbial ass schooled in how US policy and culture dominates the world and in what ways that is harmful, specifically in Latin America. If you aren’t into this, choose a gringo enclave for relocation. And even there, be aware of your privilege and its impact.

Campeche has an archaeological, architectural, cultural, and gastronomic abundance

Why is there a price bubble on Houston-CDMX flights?