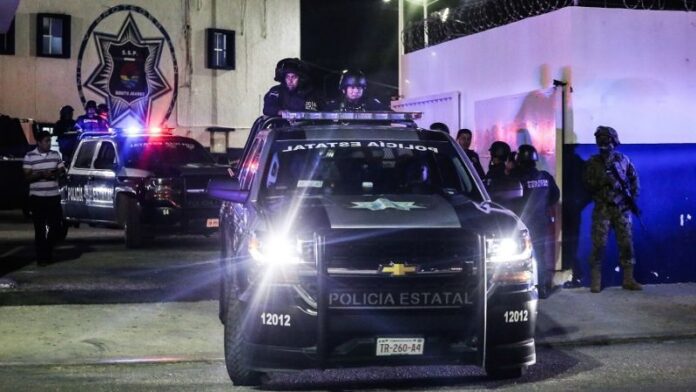 The hacking of Sedena by the Guacamaya group revealed the serious situation in states of the Yucatan Peninsula, where at least 12 cartels dispute control of the territory for the transfer and sale of drugs, as well as other crimes. .

In the revealed documents extracted from the Army, the case of Yucatan stands out, an entity that has been considered a paradise in the midst of the wave of violence that is going through the country, since intelligence reports indicate that this is an obligatory territory for the transfer of drugs to  Quintana Roo .

Sedena recognizes that the geographical location of Yucatan makes the State a strategic area for criminal structures involved in drug trafficking and illegal human trafficking, coming from  Central, South America and the Caribbean.

It is reported that the Gulf Cartel operates in Mérida , in addition to  Los Caballeros Templarios, the Sinaloa Cartel and the Acapulco Independent Cartel.

Although some local groups also operate, such as La Familia Epitacio, dedicated to the drug trade of cocaine and marijuana, which has settled in the region since the 1990s, coming from Oaxaca.

The Riviera Maya attracts millions of tourists and is the object of desire of at least seven criminal groups .

The Caborca ​​Cartel also operates, founded by Rafael Caro Quintero and through his nephew, José Gil Quintero, ” Pelo Chino ”, disputes control of the boundaries between the municipalities of Bacalar and Othón with the Sinaloa Cartel. . P. White.

In addition, the presence of the Jalisco Nueva Generación Cartel ( CJNG ) is documented in Cancun, Isla Mujeres, Tulum, Bacalar, Othón P. Blanco and Playa del Carmen, and it is precisely at this last point where it maintains a violent dispute with the Pacific Cartel. and its armed wing, Los Pelones.

On the other hand, the Independents Cartel extends through Lázaro Cárdenas, Isla Mujeres, and Cozumel.

Campeche, logistics center for the arrival of drugs

In the entity governed by Layda Sansores, the presence of the Pacific Cartel, the Valencia Salgado Family, Pura Gente Nueva, and the Independent Cartel has been detected.

Among the alleged operators, Franz Kauenhofen Wiebe, alias Pancho Loco, is identified as the envoy of the Pacific Cartel to supervise the landing of planes loaded with drugs from Central and South America, whose runways would be in the municipalities of Hopelchén, Calakmul, Champotón and Hecelchakan.

They investigate links between governments and organized crime

A report from the Southeast Regional Intelligence Fusion Center ( Cerfise ), in which state and municipal governments are followed up, including that of Morena, which could have links with cartels and other criminal groups in the southeast of Mexico.

The conclusion of Cerfise in its January 2022 report is that “it is feasible that mid-level state officials, as well as municipal officials, may have links with these people,” according to the document that is part of the data package extracted from Sedena. and revealed by Latinus.

Guacamaya Leaks: Yucatan, among the states of southeastern Mexico plagued by cartels