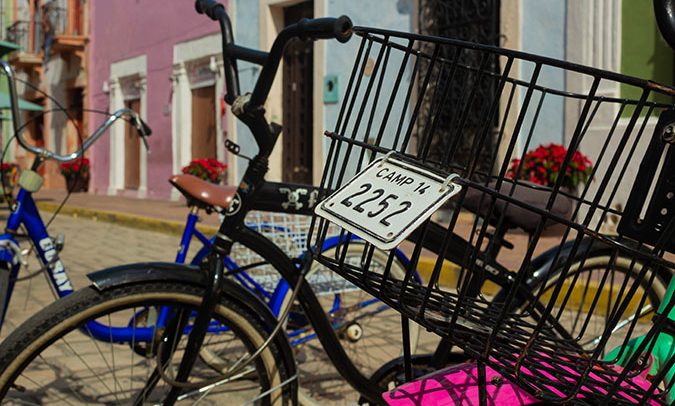 Marcela Muñoz Martínez, head of the SSP, asks to review the Law regarding the use of bicycles as a means of transport for daily use and that it be mandatory to use elbow pads, knee pads, and a protective helmet

The Ministry of Public Security (SSP) announced that cyclists must also have plates on their bicycles, in addition to wearing a helmet, knee, and elbow pads for those who use a bicycle as transportation.

At the meeting of the Table for the Construction of Peace yesterday, Sunday morning, they read the report of the last month of the State Council of Public Security (CESP), and although they did not give exact numbers, they affirmed that they have noticed an increase in accidents, serious injuries, as well as deaths of cyclists due to not using the appropriate safety equipment to circulate on the avenues and streets.

Marcela Muñoz Martínez, head of the Ministry of Public Security, proposed that they review the Law regarding the use of bicycles as a means of daily use transport, and through the legislators, analyze adapting the necessary paragraphs so that it is mandatory to use elbow pads, knee pads, and a helmet when using a bicycle in Campeche

In addition to “what we have reviewed in this Law, a proposal for bicycles also had to have plates, and although a registration payment was symbolic, it served so that the Secretariat had an exact vehicle registry of all types of means of transport, so there was a way to justify the modifications to the law for the benefit of all”, he specified.

He stressed that, just like motorcycles, bicycles have a serial number that works as a trace when two-wheeled vehicles were purchased by a person, that is, the invoice or purchase note has a barcode and serial number that could determine if it is stolen or owned.

The Ministry of Protection and Citizen Security denied that the bicycles must have a plate for now, as circulated on social networks. However, the agency assured that users of this medium will only receive an exhortation to wear a helmet, knee, and elbow pads to protect their integrity to avoid more accidents and, like motorists, they must comply with the measures.