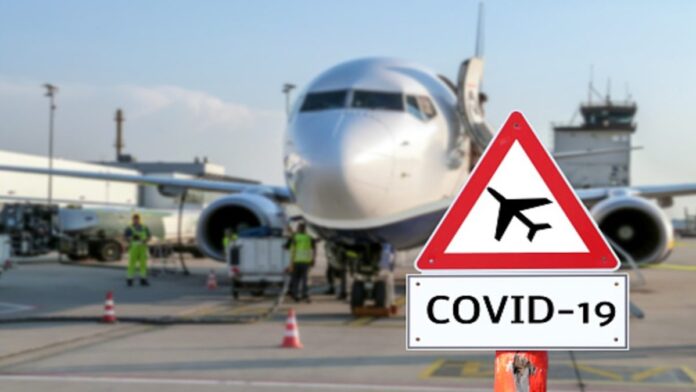 Two events came together so that ticket prices between Mexico City and Houston have soared.

With the pandemic, routes were canceled and one of them was the one from Mexico City to Ciudad del Carmen, in the context of the fall in international oil prices.

But as these have increased, there is once again activity with the Houston oil corporations and this had a positive impact on the demand of travelers who now fly to Campeche from CDMX; But the key event was the release of the vaccine to foreigners of legal age in the United States.

Texas has played a prominent role in this regard and just two months ago Mexican travelers went to Dallas and then drove several hours to get to Amarillo, the first city to open vaccines to foreigners.

But now there is a real bridge between Houston and Mexico City, to the point that the airline run by Andrés Conesa has already opened a new frequency in the face of growing demand.

It is a “bubble” and the issue will be how long Mexicans will continue to go to Houston for their vaccine against Covid-19.

Not every year, not even every decade, does a new country appear on the world tourism map and that is precisely what is happening with the opening of Saudi Arabia to the market for international travelers.

The path that the United Arab Emirates successfully started decades ago is now being followed by a large country, with more than 2.14 million square kilometers and more than 30 million inhabitants.

Last week, and in the context of the World Travel and Tourism Council (WTTC) Summit, Ahmed Al Khateeb, Minister of Tourism of Saudi Arabia, was in Cancun, leading the largest delegation that attended the event, made up of 30 people.

They arrived two days before the event started and visited some of the main destinations in Quintana Roo, including Cancun, the Riviera Maya, and Tulum.

Al Khateeb flew over the area by helicopter together with the entity’s governor, Carlos Joaquín González, with the idea of ​​understanding the development model that transformed the peninsula in tourism in just over 50 years.

The high-level Arab team was made up of men and women and, although the latter held relevant positions, they were not presented at work meetings as women are still relegated.

Al Khateeb showed at the summit a country with great archaeological and cultural attractions, including some majestic countries in the desert and some of the richest diving areas in the world.

Although he did not refer to the main cities and their mosques that have been prohibited for centuries for those who profess religions other than the Muslim, there is already a great interest in tourist circuits for the opening of that country.

A country that is endorsing that the future based on oil is not sustainable.

Campeche has an archaeological, architectural, cultural, and gastronomic abundance

Campeche and Nayarit suspend face-to-face classes due to COVID