Nestled in the high plateau of Potosí, this ‘ghost town’ will captivate you from the moment you are in front of its main entrance.

Real de Catorce is one of the Magic Towns of the country that awaits more enigmas for those who dare to know it. Located in the north of San Luis Potosí, it’s almost 3,000 meters above sea level make it have a rather icy climate; at some times of the year, it can even snow.

Its past history, linked to mining, forced many of its inhabitants to abandon it, once this activity declined in the community and he was left practically alone. For this reason, it is also known as a ghost town.

But it is enough to take a walk through its beautiful cobbled streets to appreciate the unique architecture of a Magical Town where it seems that time stopped to preserve the history of a community, whose splendor dates back to the end of the 18th century. 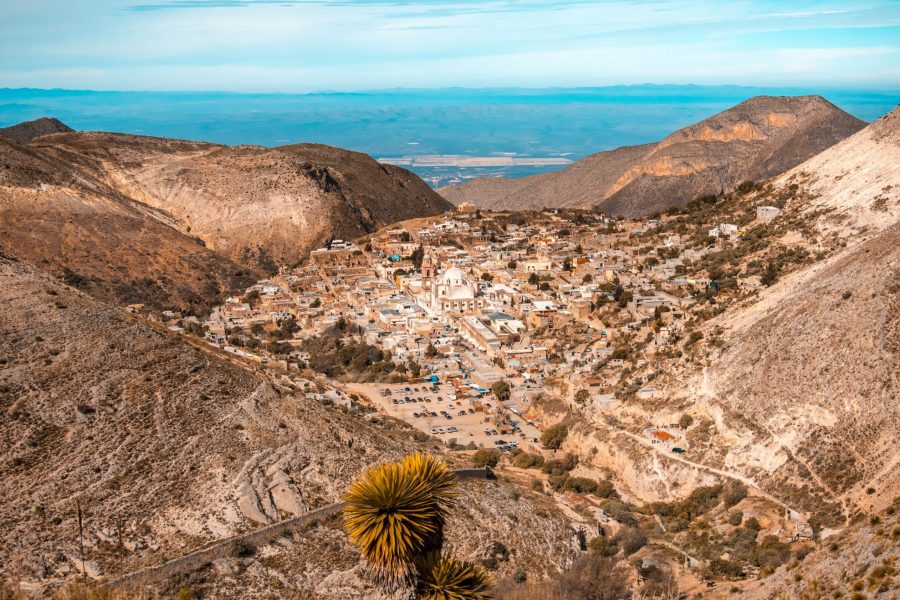 At present, Real de Catorce is one of the most important tourist spots in San Luis Potosí, which offers the opportunity to carry out different activities. The entry point to this town is the Ogarrio Tunnel.

Its almost two kilometers in length, which you can cross in a community cart or even on foot, are the preamble to new adventures that are waiting for you. As you walk through it you will feel the humidity, the smell; meanwhile, you will admire the unique structures of its construction. With this, you will have a better idea of ​​what life was like for the miners who inhabited the site in the past. 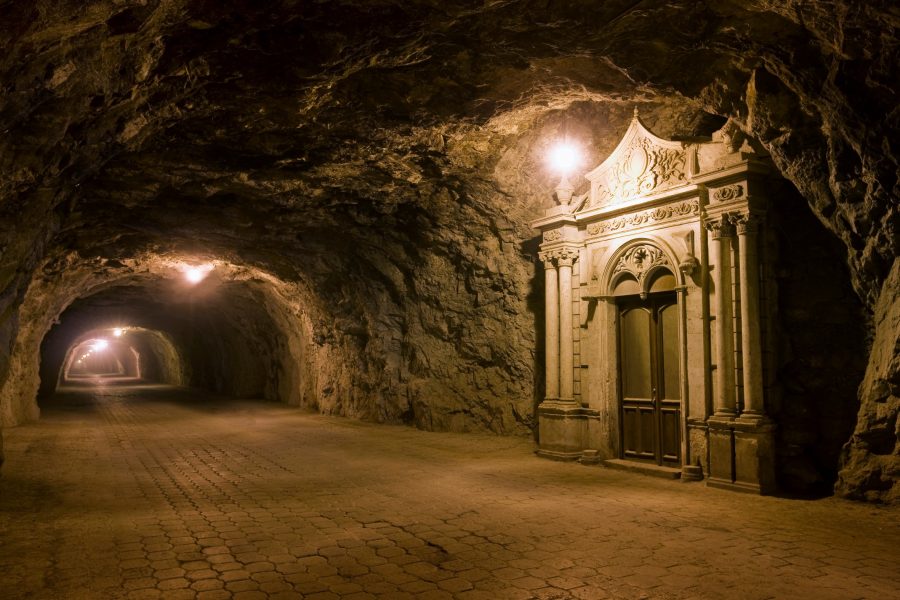 Once in Real de Catorce, the obligatory route to get lost in its streets, while you admire the handicrafts made by the Huichol people of the region, is just the ideal pretext so that when tiredness wins you over, you can sit in an outdoor cafe or enjoy some typical dish of the state and just watch life go by.

When you have regained your strength, a horse ride will allow you to visit the ruins of this Magical Town. Accompanied by a local guide, within this tour you will learn in detail the history of the amazing site and its desert landscapes. On the back of this beautiful animal, you can also tour the Cerro del Quemado and Wirikuta, the latter, a sacred site for the Huichol people. 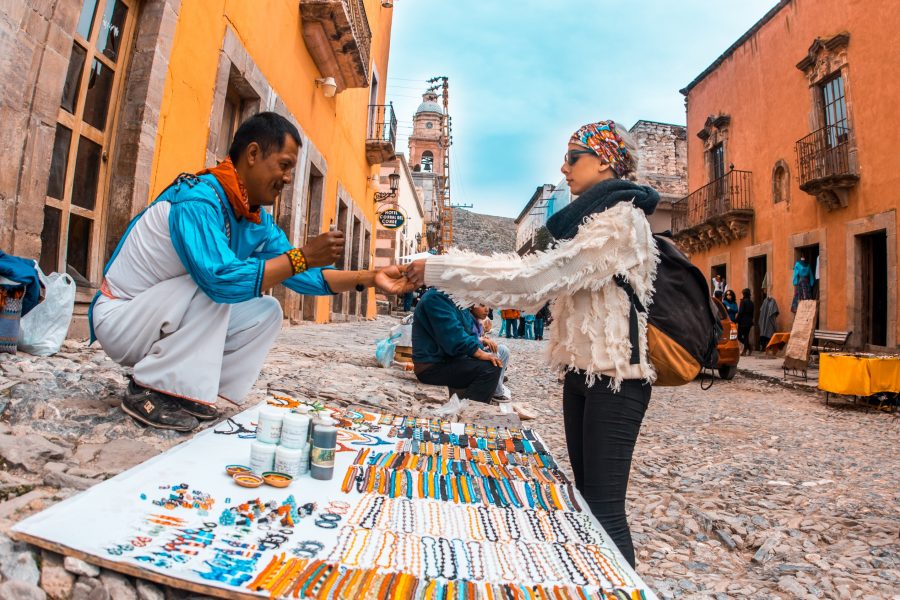 If you don’t know how to ride or you just don’t like the idea of ​​this route, another option will be to live the mezcal route. The Potosino highlands is one of the areas where the best distillates of this drink are produced at the national level. So, in addition to tasting and marinating various mezcals, you could also visit the haciendas where it is produced, to learn about its production process.

Although in essence Real de Catorce is to enjoy a few days relaxed and without much hustle; If you want strong emotions, you can venture to take a ride in ‘ Willys ‘, all-terrain vehicles, which will take you through gaps and winding roads that are difficult to access and cross semi-desert plains. 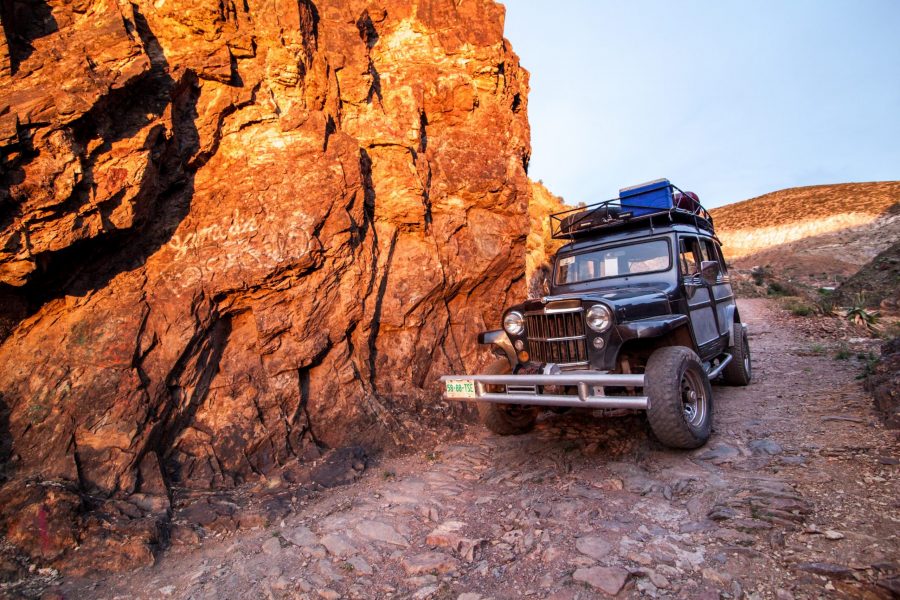 In this way, you will discover that if it was the second destination in the country to obtain the Pueblo Mágico badge, it is for a reason.

The stone structures that characterize the town were camouflaged in the morning mist.

Before the world, Mexico is presented as a sunny territory in which winter is not very strong. But just as our country is diverse in gastronomy, art, or indigenous dialects, it is also diverse in climate. As strange as it may seem, there are places like Real de Catorce that, from time to time, offer a winter experience worthy of being photographed.

This town is located in the northern part of the state of San Luis Potosí, in the middle of two mountains that are part of the Sierra de Catorce. Due to its almost 3,000 meters of altitude, Real de Catorce is rather icy, but on December 21, in the middle of cold front number 24, the temperature dropped so much that, at dawn, it was around zero degrees. The result was an extraordinary snowfall that covered in white the stone roofs of the houses, the streets, the trees, and the cactus plants of the surrounding hills to give rise to a unique postcard.

Real de Catorce, a ghost town in the middle of the mountains

The history of the town began in 1773, when miners Sebastián Coronado and Manuel Martínez found one of the most fruitful silver mines of the viceroyalty,  almost on par with the veins found in  Zacatecas and Guanajuato. The search for minerals in this region reached its peak in the early 1810s, although it continued to operate well into the 20th century.

One day this flowering ended and the town was abandoned. Several factors contributed to this situation, including the sudden shortage of silver and the flooding of one of the excavations. Little by little, the miners emigrated until they left it as it looks now: like a ghost town where only stone walls, dusty houses, wild nature and the passage of time can

What else to visit?

This Magical Town has several ways of appreciating it. To learn about mining life, it is best to head east of Catorce. The most intrepid can rent jeeps and tour the surrounding mountains and mountains.

If you are looking for a more natural experience, the recommendation is an excursion to Cerro Quemado; You can get there either on foot or riding a horse, in any case, the walk lasts about an hour. What characterizes this site, in addition to providing unparalleled views (especially at sunset), is that it is part of the Wirikuta,  a sacred place of pilgrimage for the Wixarika or Huichol culture.

Another alternative is to make an excursion to  Estación Catorce, to one side. This town is crossed from north to south by the train tracks, which are used to this day.